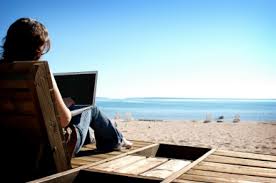 I reckoned it was just the way I was wired and what I ‘needed’ to do.

Working holidays – kind of the same.

I just do one or two things during the time away – so, yes, I’d have to bring my computer and some materials but I wouldn’t work that much.

Who was I kidding?

I guess it’s a kind of obsession, an addiction really.

And I’m so done with it.

Reminds me of the addiction to exhaustion.

A few years ago, when my kids were little, I found myself constantly feeling tired and telling everyone I was tired

Then I realized that it was going beyond a statement; it was becoming an identity.

Like if I was really, really tired, that meant I was doing a great job. That meant I was important and my life had meaning. Actually it meant that I was a bit of a martyr too.

The tired, business mom who’s saving the world and killing herself doing so. Yep, that’s the image.

And you know, as an entrepreneurial mom, I found that there’s a kind of trading of this. Let’s figure out who’s the most tired, yep, she’s the most successful.

I think not only is it nonsense, it’s dangerous.

We should be sharing and nurturing and supporting each other – not competing over exhaustion status.

So, I gave it up. I stopped complaining that I was tired. That’s when I noticed that people (especially other mom’s) would tell me how tired I looked. As if it was a kind of acknowledgement – sweetie, you look so tired (translated: you’re working so hard, you’re so amazing, well done).
I’m done with that. I started resting when I was tired. Started asking for help when I needed it. Started pushing back on taking on too much. I’ve been a better business woman and a better mom for that.

And yet still the working vacation hung on.

I was convinced that a little bit of this and a little bit of that would be fine. I could still enjoy my family and time off, if I had a few ezines to write, a few promotions to send out, a few calls to take. I could do it in between trips to the museums and the beach.

Well, I’m turning over a new leaf. I’m heading out without the laptop. I’ll be a normal person; reading a novel on a flight, writing a journal not an article, long leisurely meals, not grabbed snacks.

Yes, I have lots of plans, lots going on and lots to do over the next few months – more than ever actually – but I’m going to take this time to recharge, relax and let go.

What’s stopping you from taking some time off?

(and try to let go, okay? you deserve it)

Jump at the Chance!

Couldn’t believe he said it 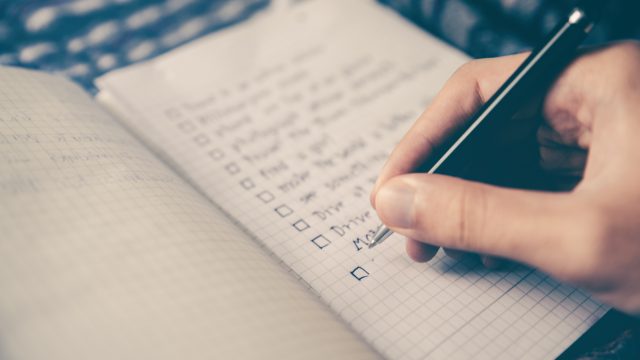 Can you really make it happen?